The map below shows the location of all of the royalty interests, including those under the Canning Basin Royalty Deed dated 26 August 2006, shown in light blue. 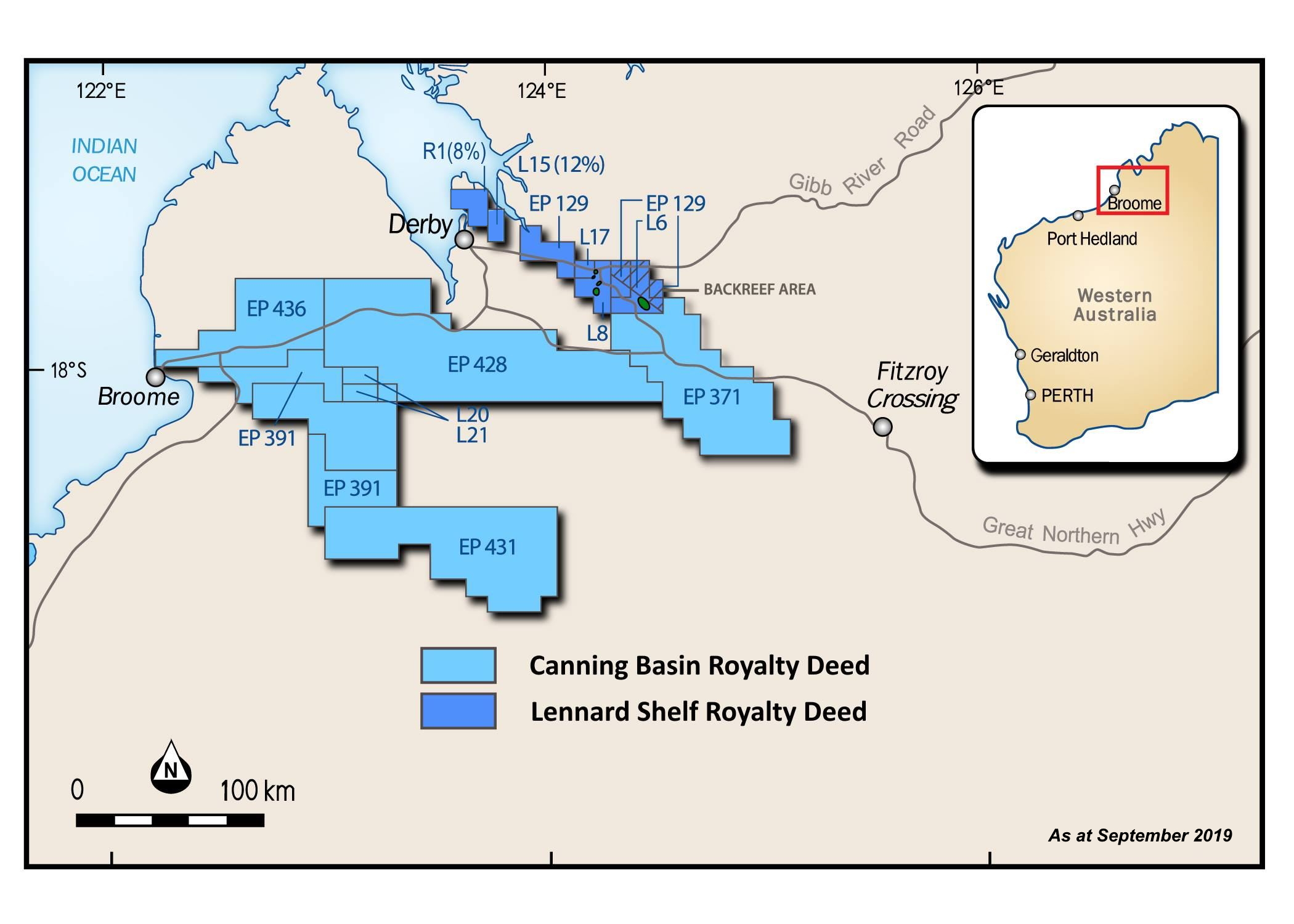 The Canning Basin Royalty has the potential to become an important income producing asset of Fitzroy.

Fitzroy advised the market in its December 2017 Quarterly Activities Report that, as announced to the ASX on 16 October, Fitzroy received its first royalty payment from Buru Energy Limited (ASX: BRU) following Buru’s recommencement of drilling on the Ungani Oilfield in the Canning Basin in the middle of 2017. Pursuant to its royalty agreement with Buru, Fitzroy receives a 2% net royalty.